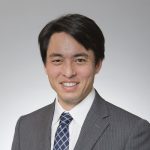 I have been a US-licensed lawyer for almost 20 years. In that time, I have come to realize the importance of writing in clear, plain English. This skill is required in any area, including business, academia, and government. I would argue, however, that plain English is most important in the area of law. Historically, understanding the law meant poring over long and complicated statutes, contracts, and other legal documents. Even today, some lawyers mistakenly believe that “legal” should equal “complicated”. In fact, the opposite is true. A good lawyer needs to be a good communicator, and a good communicator writes as simply and as clearly as possible. If a lawyer drafts their documents well, even readers without a legal background should be able to easily read and understand those documents.

The author drafted this explanation in passive voice and used a confusing structure. As a result, the explanation is unfocused, unclear, and hard to follow.

The second example is clearer, simpler, and more focused. It also includes an easy-to-understand example to help the reader see how punitive damages work in practice.

Or consider this contract provision:

In the event that any of the changes described in the preceding paragraph affect either the cost of manufacturing, selling, marketing or distributing the Products, the Parties shall negotiate in good faith an appropriate adjustment in the Purchase Price, taking into account all of the relevant circumstances including, without limitation, additional or lower manufacturing costs, changed competitive conditions and the costs borne by either Party in developing any improvement or enhancement, provided, however, that the change of the Purchase Price shall be effectively made with the mutual agreement of the Parties in writing.

This provision is one long, multi-part sentence containing nearly 100 words. Unfortunately, these types of provisions are common in contracts.

The Parties will negotiate in good faith to determine an appropriate adjustment to the Purchase Price if any of the changes described in the preceding paragraph affect the cost of manufacturing, selling, marketing, and/or distributing the Products. In making this determination, the Parties are required to consider all relevant circumstances that may justify an adjustment to the Purchase Price. These circumstances include, without limitation, additional or lower manufacturing costs, changed competitive conditions, and the costs that either Party bears in developing any improvements or enhancements to the Products. The Parties are required to make any agreed-upon adjustments to the Purchase Price in writing.

The revised provision now has four shorter sentences rather than a single, extremely long sentence. The revised provision also replaces passive voice (“the change of the Purchase Price shall be effectively made with the mutual agreement of the Parties in writing”) with an easier-to-follow active voice sentence (“The Parties are required to make any agreed-upon adjustments to the Purchase Price in writing”).

As these examples illustrate, clear, plain English is the most effective way to write and communicate.